How to choose critical illness cover that will actually protect you

According to the latest report by CPIC and PwC, due to factors such as environmental pollution and stress at work, the number of critical illness insurance plans purchased has been rising steadily since 2010 – from 3.7% of total customers insured then to 9.1% in 2017. With the increased demand for critical illness cover, the premiums for this product rose as well – by 181% between 2010 and 2017.

What is important to note here is that the same report stated the average payment for a critical illness claim in 2017 was CNY 14,000 (USD 2,040) per person in 2017, which is too low an amount to cover the cost of treating most any critical illness.

The question here, then, is how can you obtain a critical illness policy that will actually cover the costs of treatments? Today, Pacific Prime China will guide you through this complicated process. After all, our aim is to simplify insurance.

What is critical illness cover?

A dread disease policy can include many critical illnesses, and the insuree can choose which of them he or she wants coverage for from a list provided by the insurer. Other such conditions that might be covered include:

Do I need critical illness cover?

Whether you need critical illness cover or not is a personal decision, as many of these conditions cannot be predicted. However, critical illness insurance can save you and your family from illness-caused financial burden due to loss of income, ongoing care and medication, and even home renovation (installing a wheelchair ramp, for example) and funeral costs, should the insured pass away.

The underwriting process for critical illness cover is rigorous. Factors such as your age, occupation, state of health, whether you smoke or not, and the sum insured will be taken into account when deciding your premiums. One point to note is that, as is the case with “regular’ health insurance plans, any pre-existing condition will be excluded from critical illness coverage.

The costs of treating critical illness in China

As an expat living in one of the major cities in China, namely Shanghai or Beijing, you will most likely be treated in one of the international hospitals within them. As Pacific Prime found previously, full treatment for breast cancer in Beijing in 2016 can cost as much as RMB 214,229 (USD 31,188).

So, while your comprehensive medical insurance will most likely cover medical costs up to the amount insured, your critical illness cover will also reimburse you for any ongoing medical care and loss of income during hospitalization and, perhaps more importantly, recuperation.

With 4.29 million new cases of cancer in China in 2017 alone, the Chinese government is urging domestic and overseas markets to lower the cost of cancer drugs to make them more accessible for everyone. However, lower drug prices won’t influence hefty private hospital charges for consultation and hospitalization.

How to choose the right critical illness cover

Choose the conditions to cover

As mentioned earlier, most critical illness policies will cover treatments associated with major critical conditions, such as chemotherapy for cancer, coronary bypass surgery, stroke, and heart attack. To be eligible for a lump sum payment, you must be diagnosed with a critical illness listed in your policy, so make sure you choose the conditions you want to be covered for.

Pacific Prime’s recommendation is to apply for as many of the available critical illnesses as possible within a given plan, or at least the most common ones. Many of the common critical diseases are associated with cardiovascular issues, so anything related to heart and artery issues is a good choice.

Loss of limbs, hearing, sight, etc. are typically insured as well, because these types of conditions exclude you from performing work in the future, so critical illness cover offers the insuree constant payouts in such cases. This protection comes under the umbrella of total and permanent disability, which is a related insurance product.

While the main selling point with critical illness insurance is coverage for cancer, some exclusions apply to almost every policy. Cancer like stage 1A malignant melanoma that is generally not classified as life-threatening and easily treatable is excluded in critical illness cover. Also, any cancer diagnosed within the first 90 days of the effective date of coverage will be excluded. Most insurance companies also require a specialist to confirm the diagnosis, and have a requirement for reporting the cancer within six months of diagnosis.

Set premiums based on benefits

Don’t fall for what the above mentioned 95% of insured people in China did! Saving on your premiums in the case of critical illness is probably not the best idea. After all, you want to ensure you get a payout that covers the costs associated with both the treatment of and living with the critical illness insured.

Every detail in your critical illness cover is crucial. Elements such as conditions covered, exclusions, clearly defined payouts, and the price of the policy are the essence. Let Pacific Prime help you. Our team of insurance experts has been helping expats and local Chinese nationals to secure the best insurance plans for their needs for almost 20 years, and we can advise you on acquiring critical illness coverage in China, too.

Contact us for a free chat! We will answer any of your insurance-related questions, and assist you to obtain the plan with the right benefits and premiums from a reputable insurer. 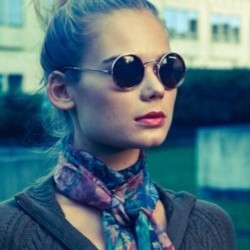 Breast cancer and your health insurance in China
What is Traditional Chinese Medicine, and will insurance cover it?
Welcome to Pacific Prime China's blog